Koala massacre reveals a threat bigger than the fires...

The deaths of hundreds of koalas whose homes were bulldozed by a sheep farmer has highlighted the biggest threat to the survival of the species... and it's not fires.

An estimated 1 billion native animals and millions of hectares of land have been destroyed by fires across Australia, making some species, including koalas, even more vulnerable to extinction. But while fires have understandably captured the media headlines, the biggest ongoing threat to the survival of Australia's beloved 'koala bear' is something that happens every single day... land clearing.

And when a bulldozer tore through precious koala habitat in Victoria in the midst of the bushfire crisis — killing trees and animals — it catapulted this critical issue into the national spotlight.

What unfolded on the private property in South-West Victoria in early February can only be described as an animal welfare disaster. To make way for sheep grazing, a habitat that was home to hundreds of koalas was bulldozed... and as the trees fell, so did countless animals.

Some were killed instantly, their bodies found trapped under heavy branches or strewn amongst piles of felled trees. Some suffered traumatic injuries and broken bones. Some were orphaned and others were found huddled together in the few remaining trees left on the property — hungry, thirsty and utterly helpless.

When Animals Australia was alerted to this emergency situation, we immediately flew in expert wildlife vets to assist the locals who had discovered the tragedy. We also supplied an expert tree climber who was able to safely access and retrieve surviving koalas who were clinging on for life in difficult-to-reach places.

More than 200 koalas needed rescuing, with around 40 found in such poor condition that the kindest option was for them to be euthanised. The rescue and rehabilitation efforts of volunteer vets and wildlife carers was extraordinary and undoubtedly saved many lives. 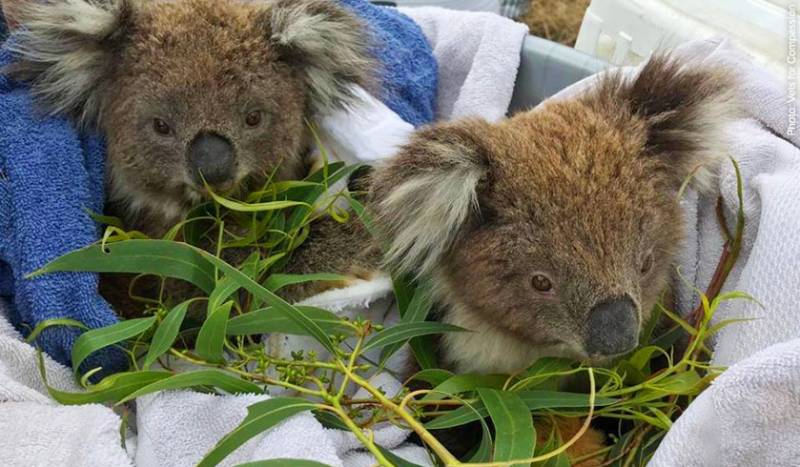 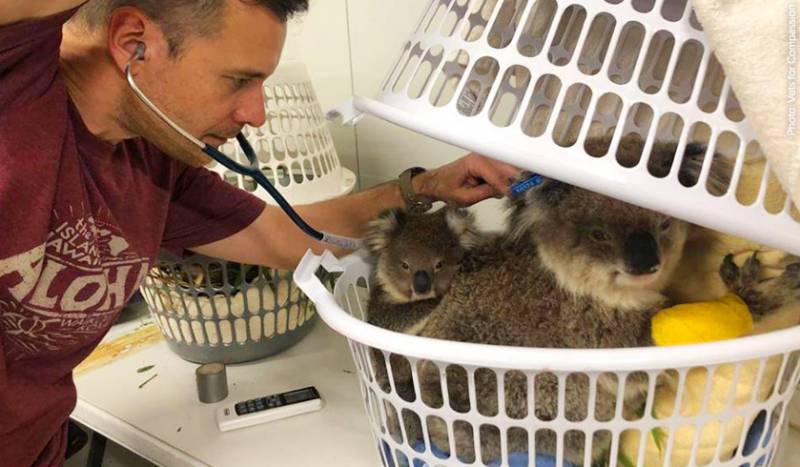 Initially there was some speculation about this being a bluegum plantation, and, while that was once true, it appears that the land was handed back to a farmer who then made the decision to cut down the trees so that he could use the property to graze sheep or cattle.

To make matters worse, in addition to clearing the trees, the landowner had already installed a tall fence around the property, which prevented surviving animals from escaping to seek alternative shelter and food.

Victoria's environment Minister, Lily D'Ambrosio, called what happened a 'crime' and has promised a thorough investigation. Animals Australia has lodged a legal complaint for what we believe are clear breaches of wildlife and animal protection laws.

But while this specific situation is incredibly distressing, it has highlighted the very real and ongoing threat to species like koalas whose habitats are becoming increasingly scarce every day.

Habitat loss through land clearing for livestock production and paper remains the key threat to these vulnerable animals. Continued threat of logging and bushfires not only poses a tremendous challenge to their welfare, but to their existence as a species.

Unless governments step in to protect wildlife and their homes, soon there simply will be no safe place left for native animals to go.

Koalas are being bulldozed in Queensland. Find out why — and how YOU can help them!

6 things Aussies can do to help wildlife right now

Beef, dairy and fishing industries are leading causes of extinction

5 things the egg industry doesn't tell you
You already know cage eggs are cruel, but you'll never hear the cage egg industry admit it. So what else might they be cagey about? These five facts may ruffle some feathers. Discover the truth » »

11 powerful food and nature documentaries you can stream right now
Love a documentary that opens your eyes and expands your mind? These are definitely for you ... Expand your mind » »

16 'meaty' meat-free meals – The flavours you love, no meat
We all know that eating vegan is better for your health, animals and the planet. But sometimes you just want a big bowl of the hearty, familiar foods you know and love. These recipes are for you. Dig in » »
www.animalsaustralia.org